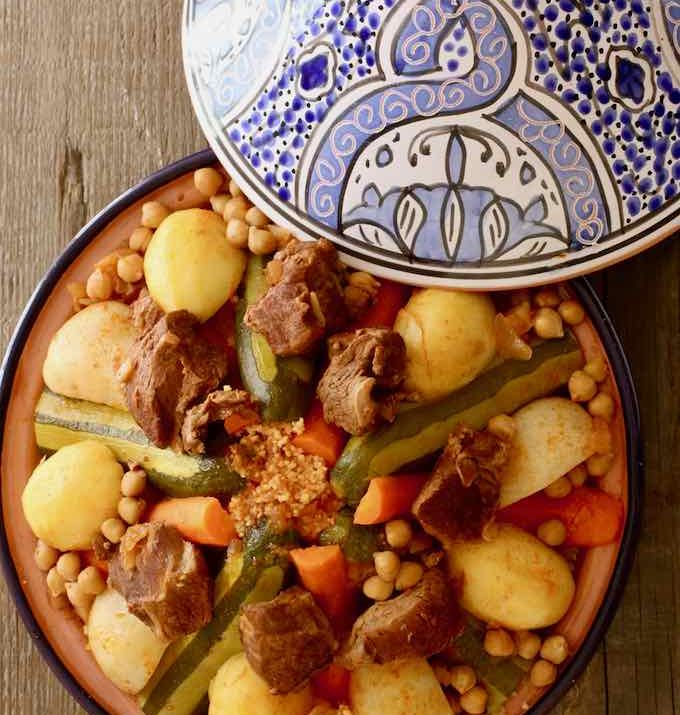 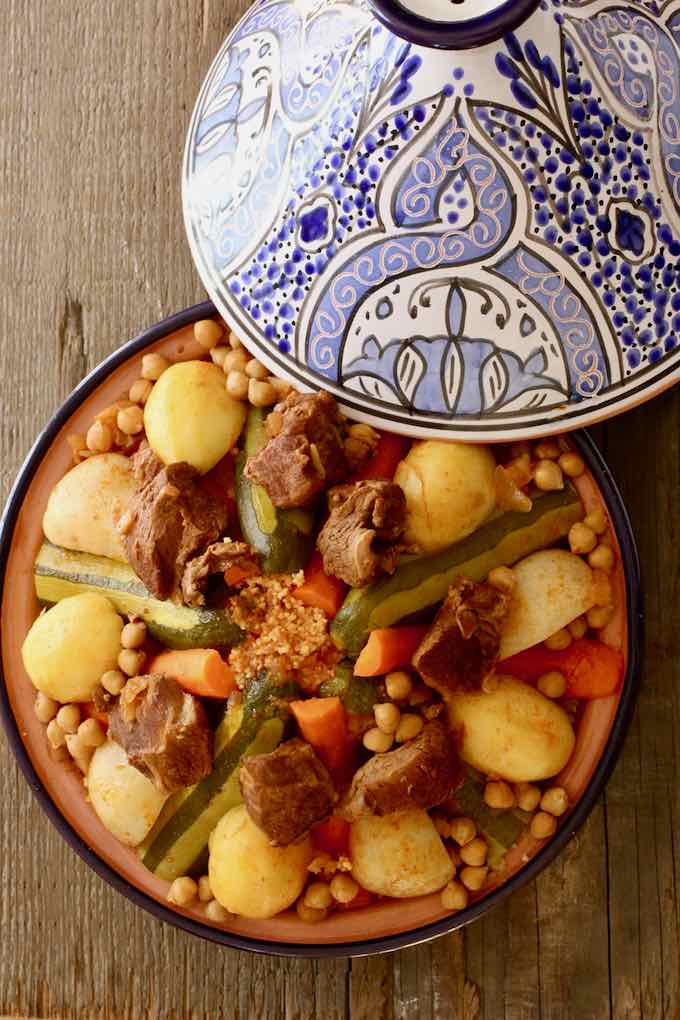 Couscous is a staple in most Maghreb cuisines. It is known as the national dish in Tunisia, but also in Algeria and Morocco, as well as Mauritania and Libya. Tunisian couscous is one of the countless variations of this delicious and versatile dish.

It is thought that the original name of couscous (Arabic: كسكس) could have come from the Arabic word kaskasa, which means “to pound in small pieces” or from the Berber word seksu, which means “rounded” or “well rolled”.

It is called kousksi in Tunisia, taam, kosksi or kesksu in Algeria, seksu in Morocco, and maftoul in Jordan and Lebanon. It is also used in Sicily where it is known as cuscusu.

Couscous is made from small durum semolina balls that are crushed and steamed.

Couscous is traditionally steamed in a couscous steamer (couscoussier) to produce softer, larger grains. Nowadays, the couscous grain (semolina) that is sold in most supermarkets in the western world is pre-steamed and then dried.

Precooked couscous, also known as instant couscous, takes less time to prepare than traditional couscous, and is almost as good, although purists will easily notice the difference.

When preparing a meat couscous, it is important to choose only one meat. Indeed, the couscous is steamed with the vegetable and meat broth, and this broth should give the aroma of only one meat.

Couscous can also be prepared with several spices, and spice blends. In Tunisia, tabel is the preferred spice blend. It usually includes at coriander, caraway, garlic and chili powder at a minimum.

There is also ras el hanout, a spice blend from the Maghreb whose recipes also vary but which often include spices such as cumin, ginger, turmeric, cinnamon or coriander. 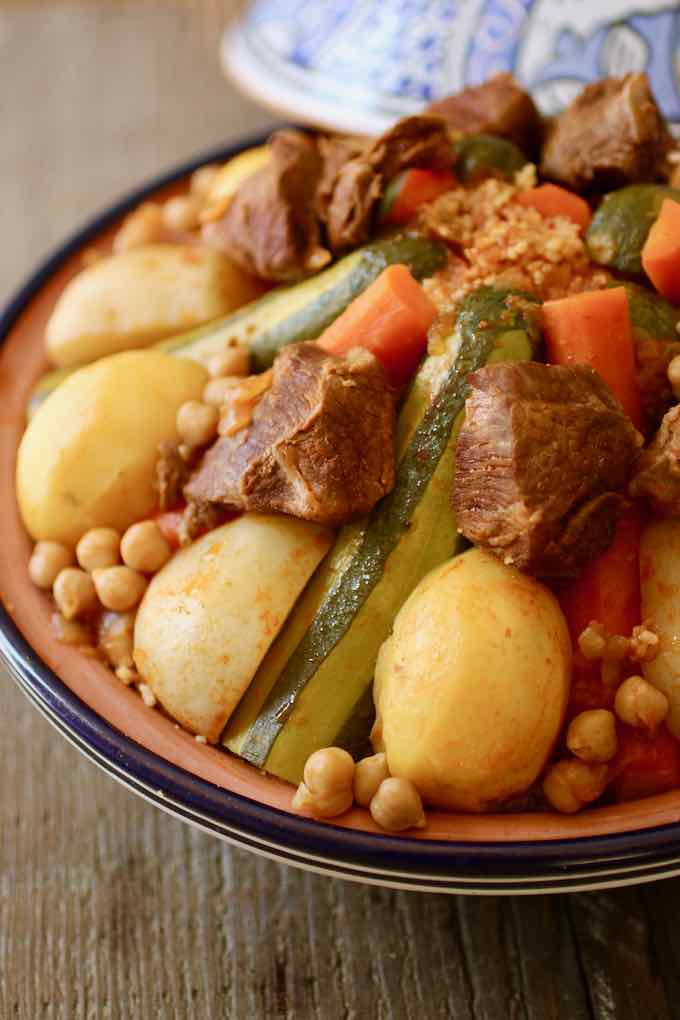